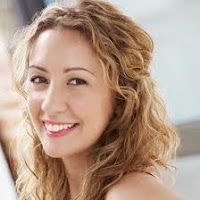 When the Madison Opera http://www.madisonopera.org/ presents Philip Glass’s “Galileo Galilei” in four performances, January 26-29, the role of Galileo’s daughter will be performed by soprano Jamie-Rose Guarrine. Guarrine received both the M.M. and D.M.A. degrees in voice performance from the UW-Madison School of Music, where she was one of the first group of six graduate students honored with the Paul Collins Wisconsin Distinguished Graduate Fellowship. Her teacher was James Doing, professor of voice.
Since graduating with her doctoral degree in 2005, Guarrine has appeared on the stages of Santa Fe Opera, Minnesota Opera, Opera Company of Philadelphia, Utah Opera, Kentucky Opera and the Chicago Opera Theater. She has been a guest soloist with the Santa Fe Chamber Music Festival, National Symphony Orchestra of Costa Rica, St. Paul Chamber Orchestra and Madison Symphony, where she appeared last month in the “Christmas Spectacular” program. She was a first-place winner in the Metropolitan Opera National Council Auditions in 2005 (Wisconsin district) and 2007 (Minnesota District).
The Concert Office at the School of Music asked Guarrine about her role in “Galileo,” highlights of her career to date and a few words of advice for current music students.

Q: Your thoughts (so far) about the character you play in “Galileo” or about the opera in general.
A: I have enjoyed preparing the role of Galileo’s daughter Maria Celeste very much. She is a kind and loving character to play and I’m moved each time I sing her beautiful soaring lines.
I’ve enjoyed researching her short but meaningful life that is well presented in Glass’s score. From the convent in which she lived Maria Celeste wrote many letters of support and encouragement to her father (which still exist in the Vatican Library today) throughout his trial and imprisonment.

Q: The musical activities you’ve done since leaving UW that you’ve particularly enjoyed or felt were highlights/challenges that were particularly fulfilling.
A: The first engagement after leaving UW I particularly enjoyed was my Santa Fe Opera debut. My first contract was singing Barbarina in “Le nozze di Figaro.” The opera house’s location is wrapped in natural beauty. Each night as I waited to make my first entrance, with the sunset, mountains and stars at my back, I had a sense of awe and appreciation that we were participating in something truly greater than ourselves.
The gig that was the greatest challenge was my Opera Company of Philadelphia debut. Halfway through my performance run as Susanna (also “Le nozze di Figaro”) at Utah Opera I got a call from my manager that the artist singing the soprano roles in “L’enfant et les sortilèges” as well as Nella in “Gianni Schicchi” had to pull out due to health troubles. Could I learn and memorize both operas in two weeks? Well, I said yes, and it was a very intense time accompanied by sleeping with scores under my pillow, but I showed up at the first rehearsal totally prepared. I learned that I am capable of learning music quickly under pressure and this has opened many doors.

Q: A couple of upcoming engagements that you’re looking forward to.
A: I’m very fortunate that I have a great season in spite of the economic difficulty the arts are facing in this country. After singing with Madison Opera I head straight to
L. A. for my Los Angeles Opera debut in “Albert Herring” as well as a recital at USC; sing my first Brahms “Requiem” with the Santa Fe Symphony; and then am off to Fort Worth for Mark Adamo’s “Lysistrata.” Then I’ll be ready for a break back in Fairbanks!

Q: Handling the demands of career and family, with a professional musician-spouse.
A: While making the aforementioned debut at Santa Fe, my husband [cellist Karl Knapp] called me from Minneapolis where we were living as starving artists, saying that he had won a tenure-track job at the University of Alaska Fairbanks! We made the difficult decision to uproot from the lower 48 (as we’ve come to call the contiguous U. S.) and move to Alaska. This has presented its own challenges, since coming home in between engagements is now a luxury. But as my job takes me out of state, this gives my husband a chance to visit me in warmer places!

Q: Advice for current students at the School of Music.
A: Practice. Have faith in yourself and your abilities. Know that if you want to be an opera singer in America, you’re going to be away from home a lot. Learn to love auditioning because you’re going to do it A LOT. Everyone has their own career path, and some singers rise faster than others, so surround yourself with people who believe in you and give you the best advice to hone your craft.
Posted by Ian Melrose at 7:42 PM No comments: 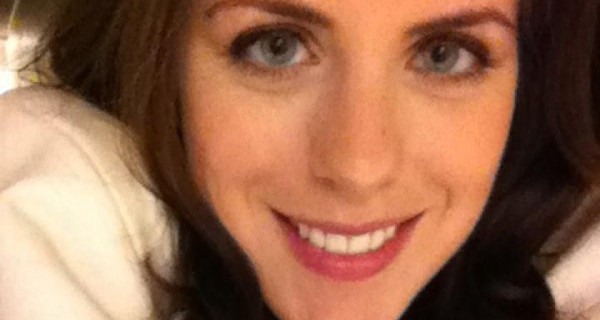 Two singers have gone from performing in drafty Mills Hall on the UW-Madison campus to singing for a world class opera company in the windy city.

Birsan and Kryshak both earned masters degrees in music (opera performance) at the UW-Madison School of Music.

Birsan and Kryshak performed at Anne and Howard Gottlieb Hall with pianist Yasuko Oura. Both are ensemble members of The Patrick G. and Shirley W. Ryan Opera Center at Lyric Opera of Chicago.

According to a press release from the Lyric, the hour-long recital was part of Merit's ongoing Live from Gottlieb Performance Series and is presented exclusively to the Merit community.

In November, Birsan performed at the Lyric in Mussoursky’s "Boris Godunov;" this month, Kryshak plays a priest in Mozart's "The Magic Flute," running through Jan. 22. And Maestro John DeMain of the Madison Symphony Orchestra conducts "Showboat" for the Lyric opening on Feb. 12.

Posted by Ian Melrose at 9:29 PM No comments: